Reward Finance Group’s Manchester office has reached its 100th deal by helping Warrington-based Care at Home Group (CAHG) to recruit an additional 80 carers to cater for the increased number of patients being discharged from hospitals to free up beds.

The new recruits will add to its current team of 100 carers, who visit and look after customers in their own homes around three times a day.

Normally, CAGH, which operates across eight local authorities in the North West, is given three days’ notice about a new patient being discharged but, in some areas, this dropped to just three hours following the COVID-19 outbreak.

To enable the company to recruit and train the new carers within such a rapid timescale, it has received a sizeable short-term working capital injection from Reward Finance Group.

“Naturally, we are delighted that through our reputation for providing first-class care, we have been approached by the various authorities to take on so many new service users.

“However, having to double the workforce so quickly set us quite a challenge. Recruiting 80 new people, in such a short timescale, can put enormous strain on cash flow, due to the cost of advertising, training and staff expenses, as well as having to pay their first wages before being paid ourselves.

“We knew the banks would take too long to sanction the funding, so it was recommended we contacted Reward Finance Group in Manchester.

“Reward was straight on the case to get to know our business and background. They understood fully what was required and the funds were provided to us quickly. This enabled us to meet the challenge we were set and provide the expert care required in the various communities.”

“Naturally, we were delighted to be able to provide the funding to Care at Home Group to enable it to increase the essential service provision it provides within the community. It also creates a new milestone as it is the 100th deal we have completed from the Manchester office.”

“Karl’s company is typical of many of the companies we help with funding. Insofar as they need additional working capital requirement to help grow their business, whether that is to win and complete a new contract, take advantage of an opportunity to buy new equipment, or in this case, almost double the workforce in a very short timescale.” 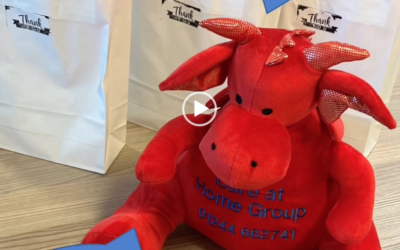 Care at Home Group would like to thank you for another amazing year for everything we have shared in 2022. To mark the end of 2022, we...